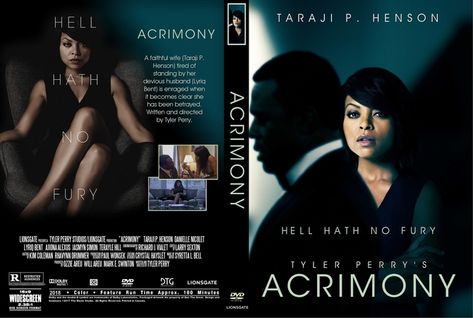 Movie: The Review of Acrimony

I watched the movie “ACRIMONY ” some days back and I feel like ranting. As far as am concerned, Melinda (Taraji Henson) should be blamed more than Robert (Lyriq Bent). Granted, she loved and gave her all to this dude. I was even upset that this dude refused to get a part-time job to sustain the family while working on his dream. Now, this is where her blame started from.

See, under the law, a divorcing couple can only share what they have at the time of divorcing and not what they acquire after. Since he was broke when you divorced him, you do not have claims to his wealth which he made after the divorce. But still based on old times, he was generous but you wanted more. Melinda has a problem and I can categorically say she is way too temperamental, she rubbished her husband before her siblings and he was been portrayed as insignificant, she is never patient, she discusses her husband with her sisters and brother-in-law, she gave up on him.

See this aspect, am not saying a lady should stick with a man, but if you must do, do it to the full! What was the essence of divorcing him after twenty years? If she was a discreet woman, she would have gotten her man back but No, she took it all violent and see where it landed her.

I think women should learn from Tyler Perry’s Acrimony. What’s your take?

Accountant | Social worker | Educationist | Blogger | Foodist | Web Developer | Entrepreneur. Founder of @chowmart and @dommyfoodie
Previous Frustration of the Nigerian Banking System
Next Who is a Father and his Responsibility? 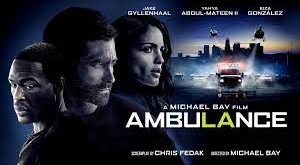 Ambulance is a 2022 released movie and it was centered on a failed bank robbery. …