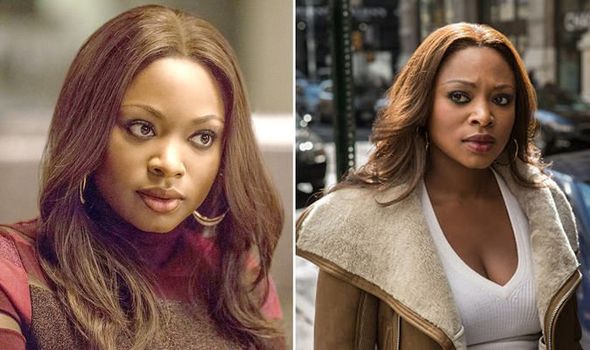 Why women should never be like Tasha St. Patrick

I want to talk about Tasha Saint Patrick and it is okay if you do not know who am talking about but those who have watched the television series POWER will sure know her (I have also written a review about it, you can read it HERE). But for the benefit of those who do not know Tasha St. Patrick, I will do a brief introduction so we all can be on the same page.

Tasha St. Patrick is a character portrayed by Naturi Naughton in the ABC television series POWER, she’s the wife of the drug lord, James St. Patrick aka Ghost. Tasha is not just a wife but a fully sophisticated housewife who has the skills of keeping her family together, yet there is something I do not like about her.

Tasha as she’s popularly called is an over-ambitious and nose-poking housewife who wants to be all in the know. Since am not saying a wife shouldn’t know the activities of her husband, she needed to realize that it was for the benefit of her and the kids that some matters are hidden from her. No responsible man wants to risk the security of his family but I guess she doesn’t know that. Apart from being a nosey attention-seeking housewife, she’s also unfaithful. Granted, her husband (Ghost) isn’t faithful either, but she started it first, flirting with their family driver Shawn.

Today, women like Tasha need to realize that in this world we are currently living in, you cannot have everything you want and not in one package. You can’t be looking for a rich man and at the same time want attention. You need to choose which you will be able to live with. Contentment is the key. Think about it.

Although, the series is a nice one I think the hyping was worth it. You should see it yourself if you haven’t and probably share your opinion with us.

Accountant | Social worker | Educationist | Blogger | Foodist | Web Developer | Entrepreneur. Founder of @chowmart and @dommyfoodie
Previous Question: If you sin to solve a problem is that an answered prayer by God?
Next Nobody is too busy to care about you