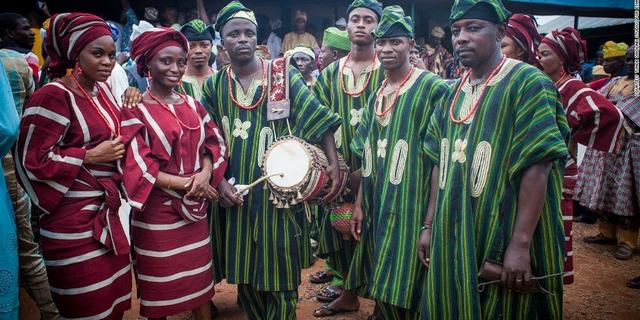 My Opinion about the Yoruba

I was born, breed schooled, and did virtually everything in Yoruba land. This set of people is very fashionable and are chief event planners. An average Yoruba person believes in an elaborate event even if it means borrowing or selling off some of their belongings. Out of all the three major tribes in the country, they are the most educated and more civilized and that explains why their cities are far more developed than major cities in the country (this is a whole new topic that I may discuss in future).

An average Yoruba person does not mind his/her business because they find it very difficult to keep quiet. This could be because they are trained or raised to always speak what they see. This particular act has severally savaged situations as well caused troubles.

Another aspect I love is their food. Trust me, I love food and I like them quite spicy (wink) and Yoruba meals will keep you on your toes. But one thing I do not like about their food is pepper. Chai, this people can eat people a lot. Wo if you have an ulcer or suffering from gastritis abeg be careful when trying out their delicacies. My favorite Yoruba meals are pupuru with any of these southwest good Efo-riro soups, I love ofunloju and stew and a host of them.

PS: Me saying their states/cities are far more developed than any other states is not to be overestimated because it is the collective effort of other tribes in Nigeria that made it so. Besides, British colonial of a thing started more from the southwest and that’s an edge too. Nigeria is a synergy kind of a country, we develop ourselves by working together.

If you are visiting Nigeria and want to see for yourself, the Yorubas are occupying the southwest side of the country. The southwest zone is made of Lagos, Ogun, Oyo, Ondo, Osun, and Ekiti.Well, that’s all I can remember about the Yoruba people. I will write another article if I remember more interesting things about them. Xoxo