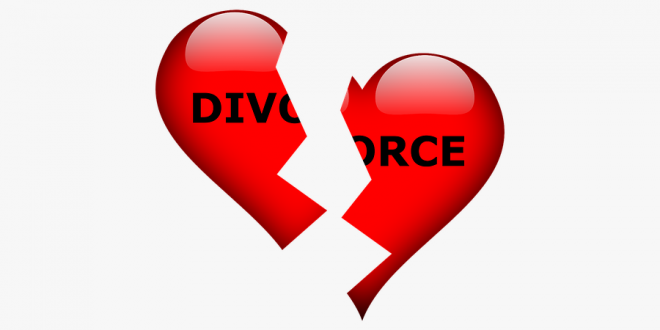 Society: The Cause of High Rate of Divorces

Our society Nigeria is often referred to as the giant of Africa and that’s because, from the world’s standpoint, we ought to be. We are truly blessed in almost everything ranging from natural resources to talents, skills (both entrepreneurial and manpower skills) academic prowess, etc. But the fact remains that we’ve got some huge problems that require not only special attention but also some divine intervention. I am going to be talking about an aspect of all our problems. This aspect is the society which I see as a man-made problem.

Although, almost all our problems (if not all) are man-made (or men made, whichever one you prefer to use, lol). We know that society is not only made up of just where we live but also the people living in it. Unfortunately, society dictates the way we should live our lives.

In Nigeria, once a lady or a guy reaches his mid-twenties and above, it is automatically expected that they should get married and society begins to mount pressure on them to get married. To the female, lots of examples and fabricated stories are been told with the sole aim of driving the moral lesson which concludes that women are not respected, seen as wayward, or as a without a husband. Society usually assumes that any adult male who is not married is either irresponsible or gay.

These pressures have made so many rushes into marriage just to avoid being called names such as irresponsible, prostitute, gay (lesbians inclusive), wayward, etc. It is still the same society that will pressurize them into elaborate weddings after which they will all flee (return to their homes after the wedding ceremonies) and the couple will be left alone to bear the consequences. At times, these pressures make intending couples either empty their account or at times go borrowing thus adding to frustration in their marriage.

I will advise that you should take one step at a time. Do not let society pressurize you into what you are not ready for. The fact that Mr/Miss Annoymus got married before 30 doesn’t mean yours will have to be. Marry only if you want to and at your convenience too.

Besides, I haven’t seen where it is written that it’s a must you should marry. Don’t get me wrong, I don’t mean that marriage is wrong or evil, but do not get married when you are not ready. To a reasonable degree, you must be emotionally, psychologically, physically, and financially capable of doing so. Society will only be at your wedding and not in your marriage. The earlier you realize that there is a difference between a wedding and a marriage, the better. A wedding is just a day or just a short period while marriage is a lifetime commitment (except when one’s spouse dies or unforgivable adulterous act). So my dear, think twice before rushing in so you don’t end up either stuck or rushing out. Gracia.

Accountant | Social worker | Educationist | Blogger | Foodist | Web Developer | Entrepreneur. Founder of @chowmart and @dommyfoodie
Previous My Opinion about the Yoruba
Next Stop saying Inbox for Price, It kills your Business