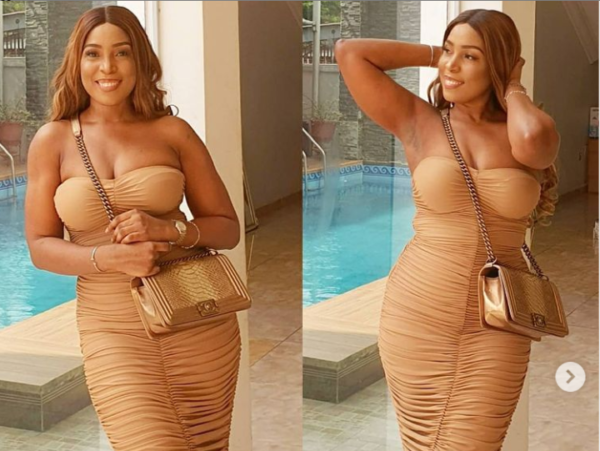 Whoever Beefs Linda Ikeji is Evil

I doubt if there is any Nigerian that doesn’t know Linda Ikeji. But to fulfill all righteousness, lemme briefly say what I know about her.

Linda Ikeji is considered the number one blogger in Nigeria and she has retained that position for a few years now. Linda who is in her late 30s hails from Imo state and is the first of a family of maybe 5 or 6. She’s a single mother of 1 (she gave birth a few months ago) and currently unmarried. She’s a billionaire if you include her fixed and current assets altogether. She also owns a TV house and I see her be the second Mo Abdul in Nigeria. She studied Mass Communications at the University of Lagos. According to her, she started blogging officially in 2006. There is no doubt that most celebrities dislike her and that’s normal because she gossips about them and that’s what her blog is all about anyways. There have been lots of controversies trailing her for a long time now and that’s why I’m writing this article.

Whenever I see comments like this, I usually smile. It’s only out of sheer jealousy and hatred. One thing I always tell people is this, Go do your own! Do you even think prostitution is easy? Or do you think the money ritual can work for everyone? Some do not even have the privilege of meeting those who will sleep with them and give them a substantial amount of money. When she was suffering, hustling to get modeling jobs, and having less than N500 in her account, nobody notices that. Nobody cares about you when you are poor, but once you start making money, you will hear different versions of malicious lies. The solution is very simple if you think she slept around or got her wealth through spiritism before she could buy or acquire her range rovers (and other cars), her houses, and her billionaire status, go and do the same if you can; and if you can’t, biko keep quiet. Some of these people will jump at someone who would offer them N50,000 per night. So what’s your headache? Can’t a woman be successful without being immoral? Whether she sleeps around or not, it’s nobody’s business. Mind your own life and work on how to improve it. Whatever you feel she did, go and do yours. At least, we all go answer our cases differently before God. Always appreciate the effort people put into what they do.

Do you think it is easy to blog consistently from 2006 to 2010 before making money? Do you know the criticism she must have passed through all those years? Do you know what it feels like to be a graduate when everyone expects you to get regular work but you choose blogging? Do you know how unserious people (even her family members) must have thought she was? All this takes gut. Give her credit and not rubbish her years of sacrifice. Lots of young people are looking up to her success story. Maybe if she has been an internet fraudster (Yahoo Yahoo) she might have been praised to high heavens? Just maybe!

Learn to accept the fact that she’s a blogger and she can make money out of it. The whole concept of her blog is for gossip. Granted, no gossip seems pleasant when it’s directed at you but that’s the whole concept. Some celebrities became known when they are talked about. Most of us gossip about others knowingly or unknowingly, but she chooses to make money out of hers. When we rejoice in the success of others, success won’t be far from us. Please let’s learn how to tolerate people rather than tear them down and criticize their handwork. It’s pure evil!

Accountant | Social worker | Educationist | Blogger | Foodist | Web Developer | Entrepreneur. Founder of @chowmart and @dommyfoodie
Previous Movie Series: Between Empire and Power?
Next Question: If you sin to solve a problem is that an answered prayer by God?