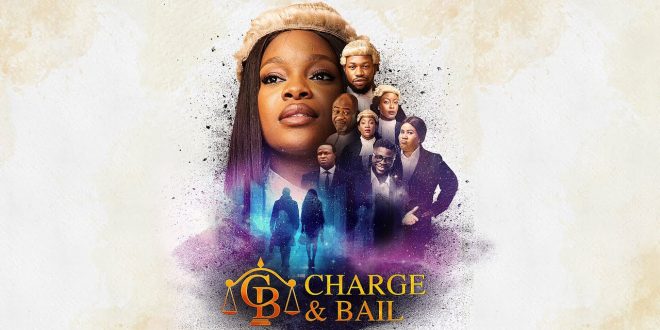 Charge and Bail is a 2021 Nollywood movie produced by Chinaza Onuzo and Zulu Oyibo. Just like its title implies, Charge and Bail is a Nollywood movie centered around legal battles. This movie centers on a young girl who just returned from New York for her NYSC program, Boma Ossai. Boma Ossai happens to be the daughter of Olisa Ossai, a renowned lawyer in the country who operates a high-profile law chamber in the country called Apex Partners. The original plan was for Boma to return to the country and undergo her NYSC at her father’s firm and ultimately retained to pursue her legal in the Tech Ecosystem. Upon her posting, she was posted to Wole Adebutu legal firm. Boma was confident that she will be rejected and ultimately work her posting to her father’s law firm. To her greatest surprise, the firm refused to grant her rejection wish.

At first, Boma had a rough start at Wole Adebutu as she was not used to the trenches kind of lifestyle they were exposing her to. She struggled with so many tasks assigned to her but later started coping. Everything changed when she met Harmony.

After Mr. Sunday was released, Harmony (Mr. Sunday’s wife) instructed Boma to sue the company for framing her husband and putting him behind bars for a year. Atlas company agrees to pay three million Naira but Sundays rejected the offer and demanded fifty million Naira instead. Boma Ossai will be meeting her father Olisa Ossai in court alongside her best friend of 20 years Aisha who also works at Boma’s father’s law firm. Olisa Ossai has promised to crush her daughter with everything he’s got regarding this case.

Do you think Olisa Ossai will truly destroy his daughter’s law career? Do you think Atlas Group of Companies will pay them the demanded sum? Will there be casualties? Who will win this case? Will Boma lose her license to practice if her case is thrown out?

Go and watch Charge and Bail movie and tell me what you think about it. This movie is fascinating and a must-watch for everyone. You can watch the movie below. This Nollywood movie titled lesbian club is somehow interesting but the title is misleading. Most …