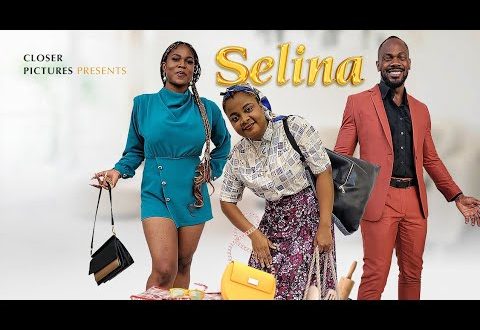 Selina is a Nollywood movie that is quite comical. It is a story of a village girl called Sekinat who was frustrated with village life. She is saddled by lots of responsibilities and debt. She had borrowed money from different people to run her local restaurant as well as sponsor her younger brother at the university. When the suffering was becoming unbearable, one of her creditors suggested that some people needed a live-in house help but at first, she vehemently refused that she’d rather stick with her local restaurant which was obviously not booming.

Sekinat’s neighbor angel had earlier suggested to Sekinat to sell her body for money but she kicked against that. When Sekinat couldn’t bear the hardships again coupled with incessant calls she has been getting from her younger brother Shola, she ended up taking the live-in household job.

On getting to the city, she was to work with a soon-would-be couple, Reuben and his fiancée. Her job entails cleaning the house as well as cooking their meals. At first, the lady couldn’t pronounce her name and called her Selina but Sekinat pretended that it was her name and started bearing Selina. Selina had issues in cooking continental dishes and left for the lady, Selina would have been long fired but her boyfriend kept pacifying her to be patient with Selina and that she would learn if given time and the needed help. True to his words, Selina picked up and was good at her work.

The trouble started when Reuben’s fiancée asked Selina to go to the market and take her time. After Selina left for the market, Reuben’s fiancée brought in her former lover and they started having conversations which later lead to them kissing and Selina walked in because she forgot to pick something. After Selina caught the two in the act, Reuben’s fiancée who has been hostile to Selina suddenly started caring about her. She approached Selina several times to beg her not to disclose what she saw to her fiancé. In one of these moments of appealing to Selina, Reuben heard their discussion and broke up with his fiancée.

After their breakup, Selina wanted to leave the house and go back to the village but Reuben insisted she stayed as she wasn’t the reason why his relationship broke up. She continued her services to Reuben and he started liking her. One thing lead to the other they started having a romantic relationship. But something happened when Reuben and Selina went to the supermarket to buy something and Reuben bumped into a female friend who asked who Selina was. Reuben being confused said something that broke Selina’s heart. Do you know what he said?

Watch the movie Selina above and find out. 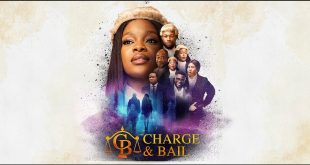