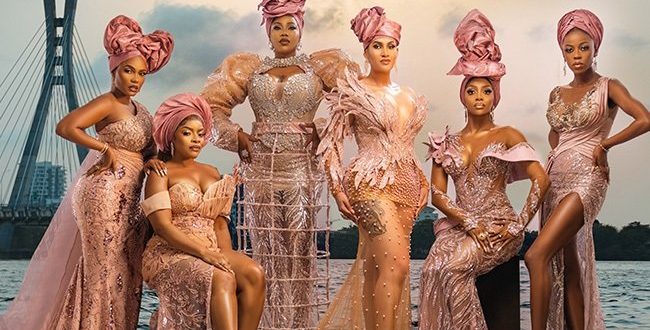 The Real Housewives of Lagos (Introduction)

The Real Housewives of Lagos is the series you wouldn’t want to miss. You are missing a lot if you have not watched The Real Housewives of Lagos. The Real Housewives of Lagos is a series that showcases the lifestyles of wealthy housewives of Lagos, not just ordinary housewives of Lagos! The cast is super-lit, dope, and sophisticated. This series shows the daily activities and lifestyles of these socialites. The main cast of this TV series is Iyabo Ojo, Toyin Lawani (Tiannah), Carolyn Hutchings, Chioma Ikoku, Laura ikeji, and ultimately, Mariam. For so many of you who do not know these celebrities let me quickly do a brief introduction and also say the little things, I know about them as well as my personal opinion about them based on the first episode.
Iyabo Ojo: For those of you who do not know who Iyabo Ojo is, let me quickly do a brief introduction of who she is. She is a Nigerian actress, businesswoman, mother, social media influencer, and philanthropist. She is a mother of 2 (Festus and Priscilla). In this RHOL, she is a good pick and she is a natural. Because Iyabo Ojo is someone I have known before now (as an actress) I do not think she is been an extra. She is just acting the way I have always known her to act. She is also an interest to me and I will be watching her closely in this TV series.
Toyin Lawani (Tiannah): I know little about Toyin Lawani because she has always been controversial. It’s not like I have deliberately read about her before now but I’d know she owns Tiannah’s place and she is always in the news either because of her fashion sense or for her love life. Based on the first episode, I think I like her already. She had this mixed personality of rich and ghetto and can flow either way depending on what you’re bringing. She is also straightforward and does not cut corners. She’s this kind of a person that can burst a bottle on your head and take you to the hospital (lol). So far, I like her.
Carolyn Hutchings: Well, I first knew Carolyn as an actress, and then she was known as Carolyn Ekanem. Then she got married to a Nigerian Billionaire, Musa Danjuma and she is blessed with 3 kids. Carolyn’s dad is British (Scottish) while her mum is a Nigerian from Akwa Ibom, making her a British/Nigerian. She studied Urban and Regional Planning (Geography) at the University of Calabar. Although her marriage to billionaire Musa Danjuma crashed due to irreconcilable differences, the beautiful goddess is still living the baby girl’s lifestyle. She is a great excellent pick for this TV series because if the purpose of this is to show the glamourous lifestyle of housewives, then Carolyn knows that language and she speaks it very well. She is a diva, sophisticated, beautiful, and intelligent; and she knows these! I love the way she carries herself graciously. I am rooting for her big time and in fact, she is one of the reasons why I am watching this show (don’t look at me like that mbok).
Chioma: Well, I do not know much about her until now but I know GoodHair as well as Brass and Copper restaurant. I have been to her restaurant to chill, lol. I just discovered she owns these businesses and this shows that she is doing good for herself. From her introduction, she is a lawyer who studied abroad but came back to Nigeria for her law school and ultimately settled down to do business. From all indications, she is from a wealthy background. From what I have been able to gather from the TV series, she is not yet married and so if you’re single, you can also shoot your shots, lol.
Laura Ikeji: For some Laura Ikeji does not necessarily need an introduction as people have already known her or her family. She is the younger sister to the controversial billionaire Linda Ikeji. Laura is a mum, a businesswoman, and a social media influencer. Judging from the first episode of RHOL, I do not think Laura Ikeji has been original. The Laura Ikeji we all know on social media is an extrovert and a wild party kinda girl but the vibe she is bringing on this first episode does not resonate with the Laura Ikeji that I know. But all the same, we will find out more as the series continues.
Share 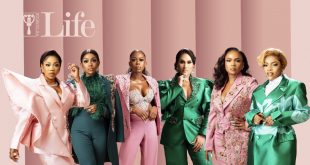